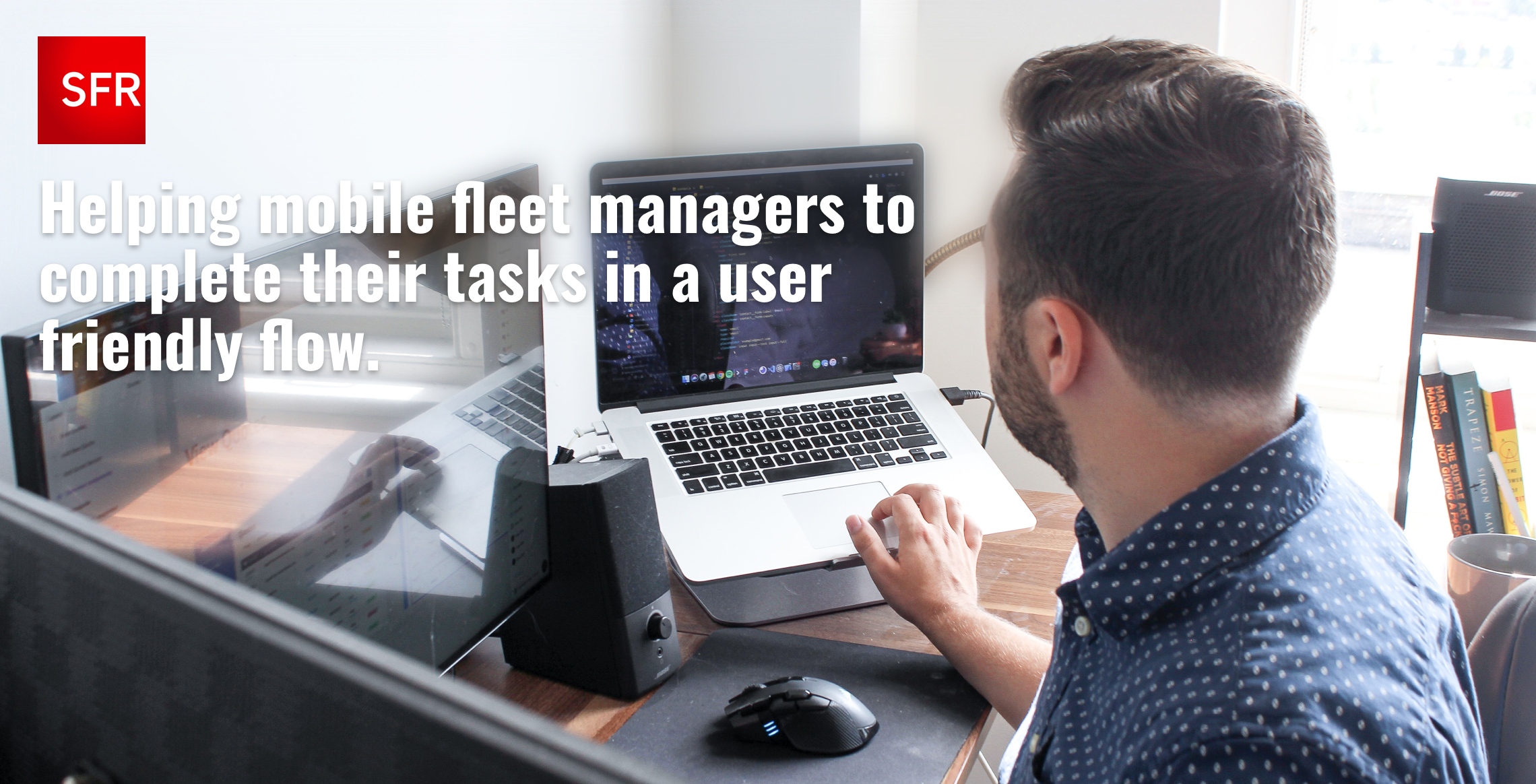 As a UX Designer at Pocket Prod design agency my ongoing project was SFR Business. SFR is the top player of mobile communication companies in France.

Customers of SFR Professional services have access to an online space where they can manage their device fleet : this was my area of intervention and I worked with four Product Owners and a Marketing Digital Manager who completed the SFR Digital team 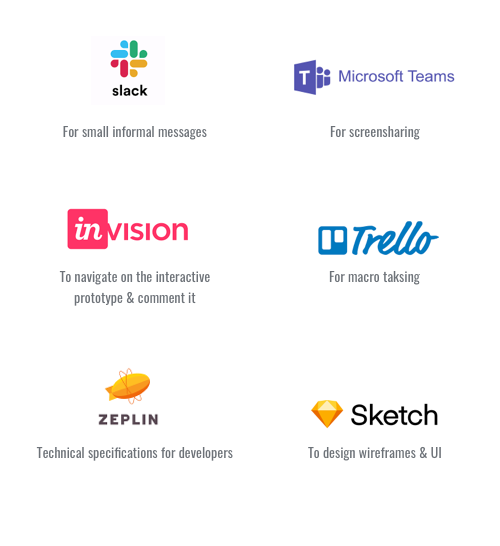 I started delivering new features based on the legacy design process. A week would usually be stuffed with 100 mails and 7 calls, occasionally a meeting. The protocols in place were also creating tension in the delivery process, even though there was goodwill among the SFR team.

By introducing new design methods, I felt it would be possible to establish a better working process that would enable the SFR Digital team to improve work flows.

So that’s what we did. We imposed dedicated time slots twice a week when we showed and explained our design. This time was used to co-create, ask questions and interact directly rather than spend time sending and reading e- emails. Team members could work in a less disruptive manner with more meaningful communication.

We used Invision comments for all amendments to the designs and Trello to organise the team work and clearly indicate progress. We also used Slack for less formal discussions.

We also encouraged a presence from the client’s technical department attend to the co-design workshops to speed up the validation process.

After a few months of reorganization, the negative impact of the previous system started to evaporate. We arrived at a manageable 30 e-mails and two video-conference time-slots a week. 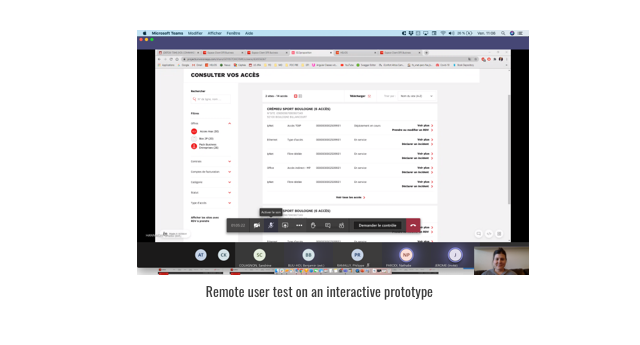 Our deliverables were user journeys on multiple topics such as the Authentification Process, Bill Analysis, SIM activation, Retention Funnel and so on. The Pocket Prod Design team – consisting of a fellow UX designer, a UI designer and the agency Director – felt the necessity see the end users. We helped SFR to pick out two relevant projects and then tested the users using their dedicated online space.

The entire SFR team learned a tremendous amount of information on user behaviour that enabled the client to launch two disruptive new features that we knew were understood by users gaining competitive advantage.

I believe that we proved that we could collect user feedback and transform insights in a short and effective way. To this day the design team has kept all the rituals and methods we put in place. 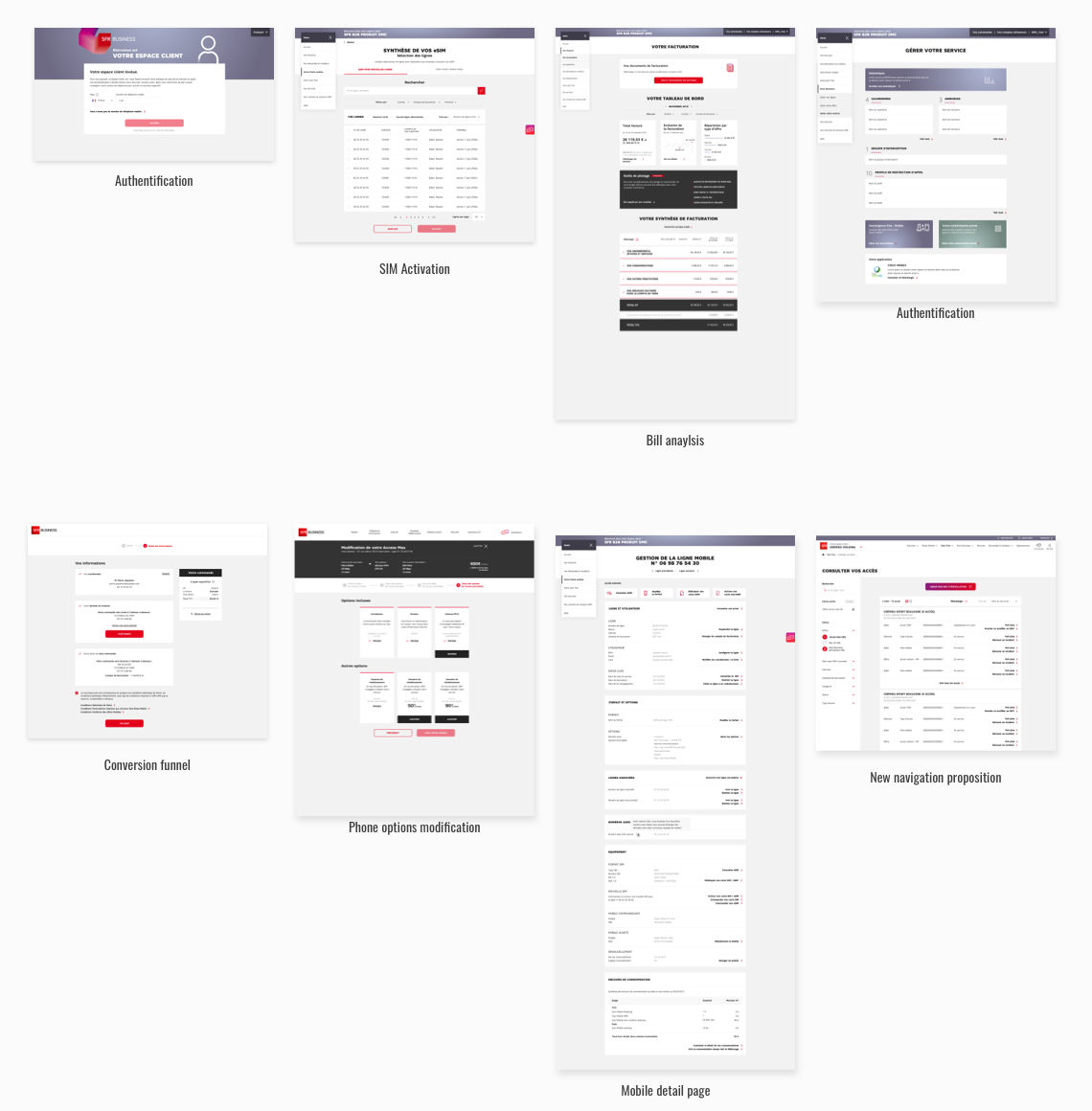 Courtesy to @Yaelle Cannamela for UI screens and @Guy-Pascal Bela